Budapest History Museum presents the 2000 years of Budapest, on three floors. A visit through the exhibition is a virtual time journey from Roman ages until the present day.

Budapest History Museum, situated in the beautiful Buda Castle itself, showcases the main collection of Budapest’s archaeological finds, displaying the evolution (and sometimes the destruction) of the various settlements all the way from Roman times up until the 13th century.

Visitors can travel back in time, to see part of the medieval Royal Palace of Buda. Authentic everyday document seals, gravestones, weaponry are on display. Other exhibitions depict events of more modern times.

At the end of the 19th century, it was decided to expand the Buda Castle. Miklós Ybl won the design task. His work was continued by Alajos Hauszmann. St Stephen’s Hall was placed in the new south range of the palace. The St Stephen's Hall's interior had a Romanesque design, with some Hungarian ornament. The St. Stephen's Hall was completed in 1900, the best craftsmen in the country worked on it: Vilmos Zsolnay, Endre Thék, Alajos Strobl and Gyula Jungfer.

In World War II, the hall was completely destroyed, and restoration was impossible. By 2021, the exact replica was built. 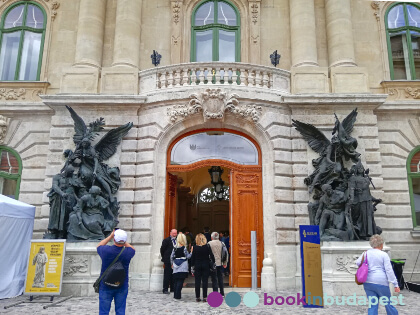 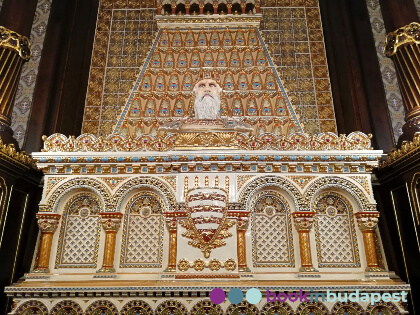