Holy Trinity Statue: a baroque column erected in memory of the victims of the plague

The Column of the Holy Trinity is located in the square in front of the Matthias Church in the Buda Castle.

In 1691 an outbreak of plague broke out in Buda. The first monument was erected in 1706 in memory of the victims. After the plague of 1706, an even larger statue was erected in 1713. This 15 meter high statue can still be seen in the square today. The designers of this baroque monument were Fülöp Ungleich and Antal Hörger. 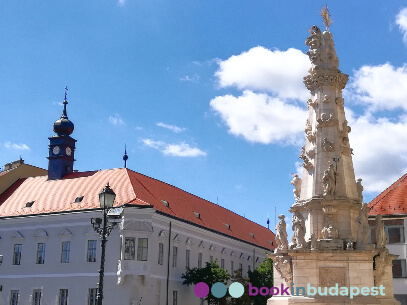 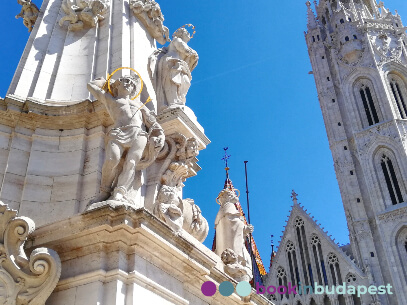