One of the most beautiful and largest fountains in Budapest is the Danubius Fountain on Erzsébet Square.

One of the oldest ornamental fountains in Budapest, which was originally erected on Kálvin Square in 1883. The four statues symbolize the four big rivers of Hungary. On the top stands a male figure representing the Danube, below it the three female forms representing the rivers Tisza, Dráva and Száva.

The magnificent fountain was designed by the highly acclaimed architect Miklós Ybl, while Leo Feszler carved the stoneworks. 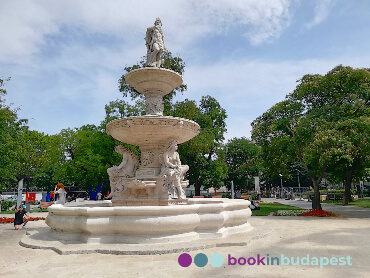 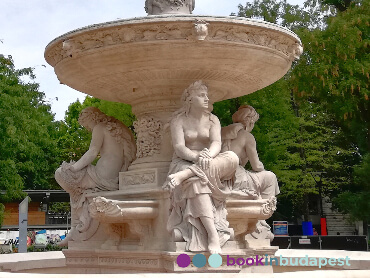