Musical well on Margaret Island: drinking fountain with a pavilion, a dome on six columns, plays music in every hours.

The origianal fountain was created in Târgu Mureș between 1820-1822. The Muiscal well that can be seen today on Margaret Island is an exact replica of the original fountain. It was constructed in 1936. During the II world war the monument was damaged. Reconctructed in 1954, 1997, 2014.

The statue of Neptune at the top of the dome turns around in 24 hours and, shows the exact time. The statue always looks to the sun. Every whole hour, a different medieval-inspired Hungarian melody sounds. 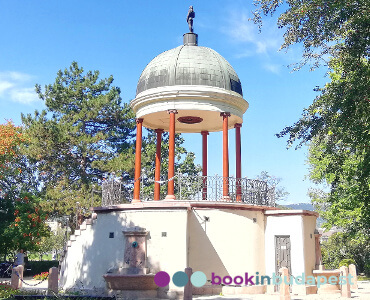 In the summer months:
during the day, every whole hour 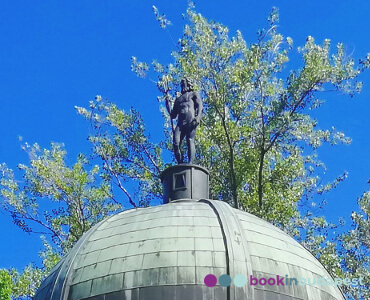 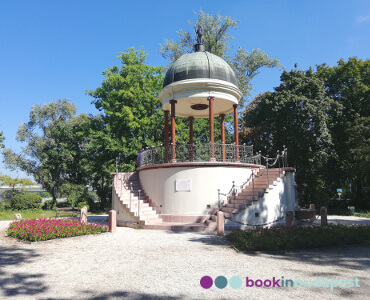