The church that can be seen today was built on the foundations of the medieval church in 1733. The church was built in the Baroque style according to the plans of András Mayerhoffer.

During the Great Flood of 1838, the church was damaged, and a sign on the garden fence shows the level of the flood. The new iconostasis was completed in 1850.

The level of the garden shows the original street level in Budapest.

It can only be visited occasionally. 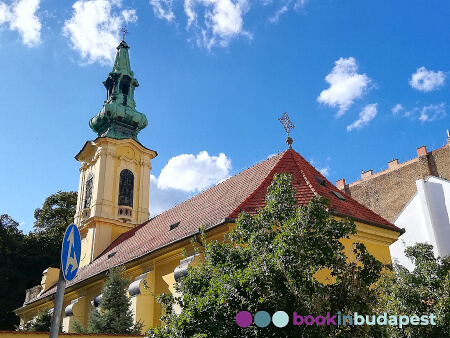 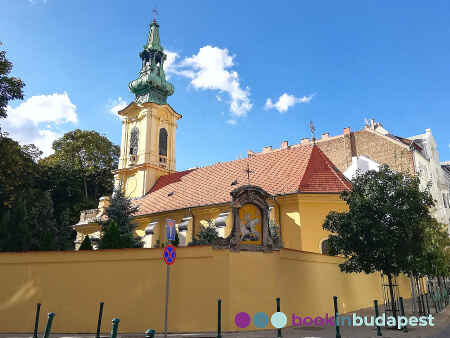 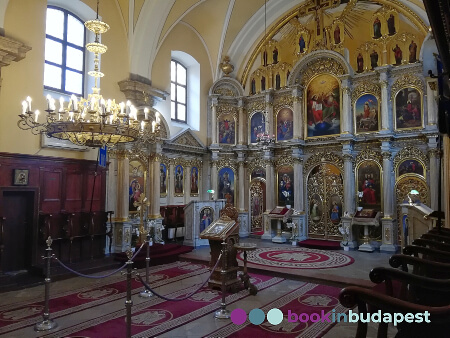