Elisabeth Bridge: a graceful slender bridge that spans the Danube river in Budapest

The Elisabeth Bridge, named after popular Habsburg queen Elizabeth (Sissi) was the only one which could not be reconstructed after World War II, so a new one was built to replace it. Today’s Elisabeth Bridge structure links the foot of Gellért Hill with the downtown of Pest. The bridge, built in 1903, takes the heaviest vehicle traffic out of all the other bridges in Budapest.

The bridge, which was blown up by the retreating German Army in 1945, was the only bridge in Budapest beyond repair. The construction of the new Elizabeth Bridge began in 1960, to be handed over in 1964. The new cable bridge was built in exactly the same place, under the supervision of architect Pál Sávory 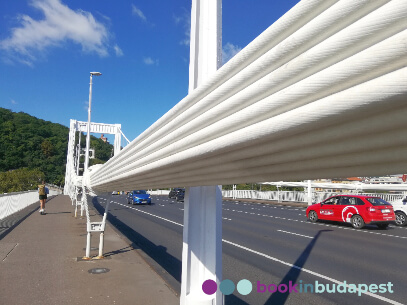 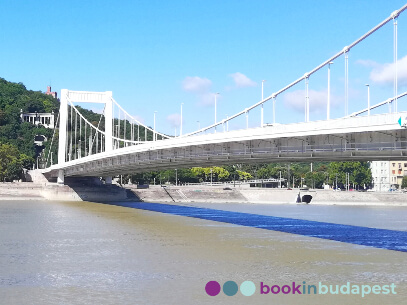