Vajdahunyad Castle - This castle shows the evolution of Hunagrian architecture

Standing in Budapest’s City Park behind Heroes’ Square and the ice-skating rink, the Vajdahunyad Castle (official name: Historical Building Complex) was built to facilitate the 1896 Millennium Expo’s exhibitions, and also to show Hungary’s dominant architectural styles to visitors. Its best known part was modelled after the largest knight’s castle in historical Hungary, the Hunyad-castle in Transylvania, but all parts of the castle are copies of other buildings in Hungary.

It was originally constructed mainly from wood and cardboard, due to tight deadlines and the lack of funds. Due to its skyrocketing popularity, the whole complex was rebuilt from stone between 1904 and 1908. The main architect was Ignác Alpár, whose largest ever project was the castle. The Hungarian Agricultural Museum occupies most of the interior of the building.

The main parts of the complex are the lancet gate, the copy of the Csonka-tower of Segesvár, the copy of the Nyebojsza-tower from the Hunyad Castle, a small Romanesque church with the Gothic façade of the Ják church and the Baroque edifice of the Hungarian Agricultural Museum. The castle has a moat with two bridges: one from the direction of the City Park and one from Kós Károly Esplanade, underneath the main façade. There are three famous public statues in the castle: the statue of its architect, Ignác Alpár; the statue of King Béla IV’s anonymous notary (Anonymus) and that of Sándor Károlyi economist in the courtyard. 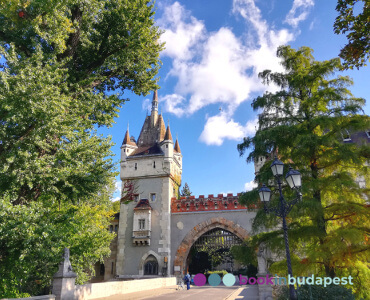 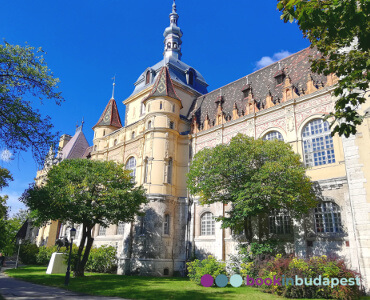 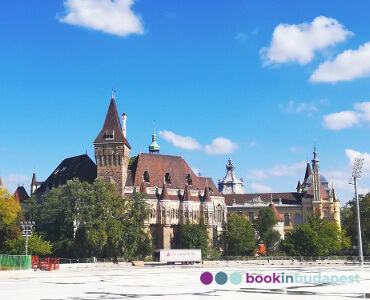